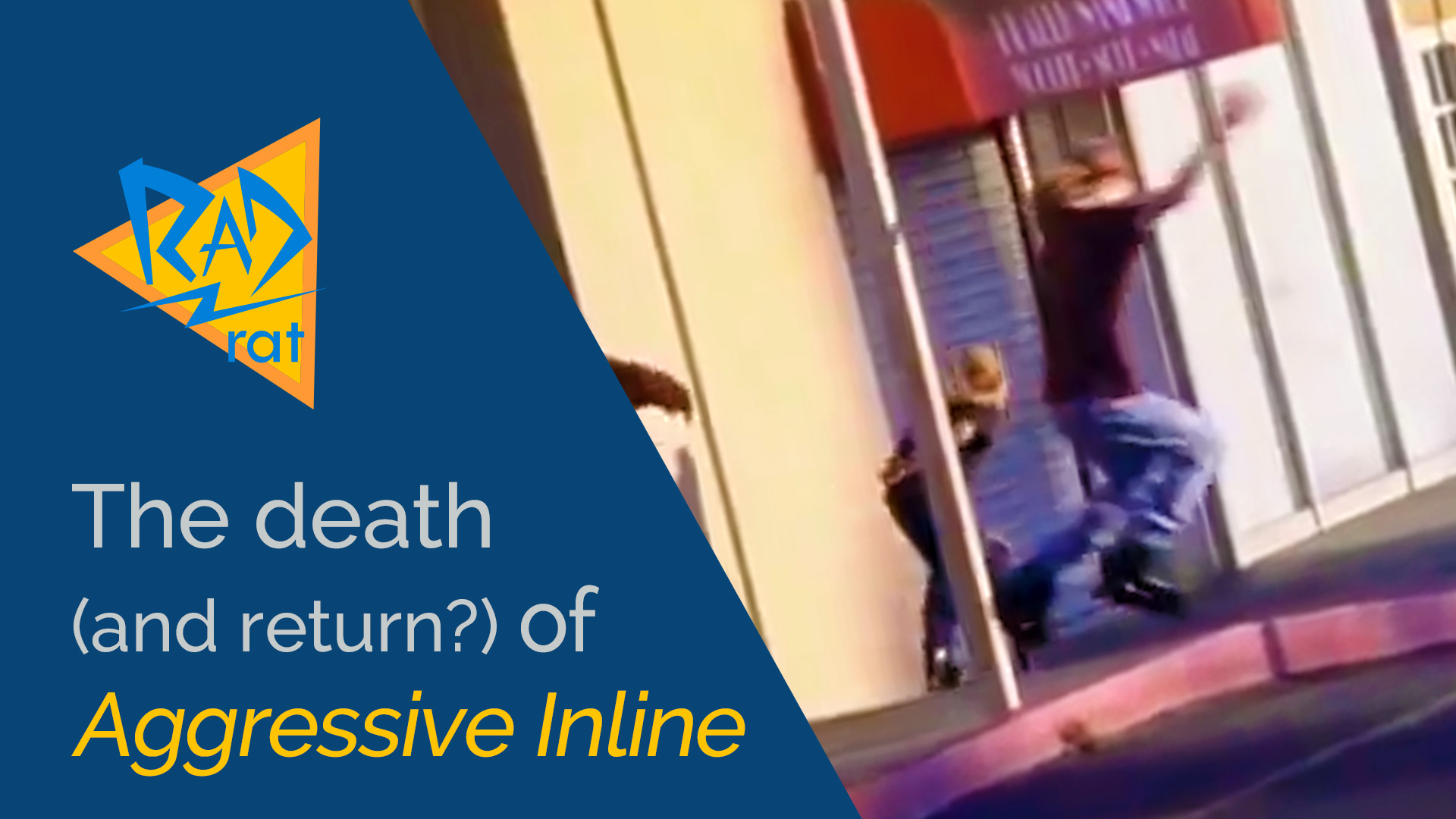 A lot of you who have been around for a while remember how incredibly popular rollerblading, or inline skating, or “aggressive inline” was back in the day.

In 1996-98, rollerblading peaked. There were 29.1 million bladers compared to 4.5 million skateboarders and 3.8 million snowboarders according to the National Sporting Good Association. There were 4 inline events in the X-Games, (which was more than anything else) there was the World Inline Cup and other major contests.

But despite this meteoric rise, rollerblading faced a lot of issues. Skateboarders slowly developed our culture, from the style to the types of ramps and gear that we use. Next thing you know, inline skaters are coming in and just using all of the same stuff. Sure, it’s unreasonable to think that they would have their own similar, but different skateparks, but a lot of people had trouble with that. Like they were just ripping off skateboarding and trying to take over everything that was ours.

Within a couple of years though, inline skating started to die off. In 99, the X-Games halved the amount of events to only two. And between 2000 and 2010 the number of inline skaters plummeted by 64 percent. And even roller hockey fell 65%. Picture that. You’re an inline skater in 2000. You’ve got a pretty big crew that you go out and skate with. In 2010, TWO THIRDS of your crew doesn’t rollerblade anymore.

Yes, skateboarding fell 31% in that same time. Part of that is just the kids who started because of the X-Games and Tony Hawk video games finally lost interest. But those who quit weren’t really the core skaters anyway, because we’re clearly still thriving.

In 2004, the X-Games dropped aggressive park, then combined the men’s and women’s vert. Then in 2005, they removed inline entirely, replacing it with women’s skateboarding.

A lot of other contests shut down, and the Aggressive Skaters Association fizzled out.

Google trends shows interest in the term “Rollerblade” peaking in April 2004, which is the start of when they collected this data, and shrinking down to about 19% of that today.

Now, pro inline skaters only make a few grand a year, and a lot of big names have lost their sponsors because of cost-cutting.

So what happened to it? There are a few theories out there. First was that it just became uncool. It became part of ‘90s culture. Just look at the music video for the ‘90s song MMMBop by Hanson. In the video, they’re all blading around. And there are also evil rollerbladers in the 1997 movie Batman & Robin. So these days, we look back at 90s music and movies and cringe at how awful they were, and rollerblading is intertwined with that culture, whether it deserves it or not.

Another uncool aspect is that it was often connected with little kids who wanted to hang around the skatepark. In the place I grew up, we had a few indoor skateparks. Mom would drop off her kids like a daycare while she went to go get her nails done. The kids would rent blades because they played hockey last summer, and they would just roll around the skatepark, afraid of all the ramps and just get in the way. Yeah, there were some kids who were doing crazy stuff like backflips and all that, but if I ever heard the word ‘rollerblader’ growing up, my first thought is a kid sitting on a ramp and refusing to get up because he’s too scared to try to drop in or do anything. In general, skateboarders would at least learn how to push and how to turn turn before they tried to go to a skatepark. Plus they could always just step off the board if they had to.

That leads me to the next point. Many people find being attached to your skates too intrusive. With a skateboard or even a BMX bike, you can ride to the spot, toss it over a fence, climb the fence, walk through some grass, and go do your thing. With skates, you have to bring spare shoes, unlace, relace, climb, walk, unlace and relace again before you can do anything. It’s a small thing, but if you can choose, that might make you lean toward a skateboard.

The rollerblading documentary called Barely Dead from 2006 offers an alternate idea. It claims that too many skateboarders were becoming bladers, so we went out of our way to kill them. Big Brother magazine kept saying inline was gay, and… we muscled them out of the X-Games somehow. I don’t know how much I believe any of that, but maybe there’s a grain of truth somewhere.

Next, the lack of TV coverage is another big obstacle. There’s no major competitions anymore, it’s not making cameos on popular TV shows, and it’s less likely that a kid interested in skateboarding will see inline and choose that instead.

There are some contests starting to come back, like the motortown classic and the FASU contest in France.

But the biggest thing on the horizon for inline skating is a new indie game called On a Roll. Check this out:

Being an indie game, it’s not going to be better than Skate. BUT, it might possibly reignite some interest in inline skating if it does well. It launches in February 2017.

The other thing going in inline’s favor is the recent resurgence of ‘90s nostalgia.The 80s are really popular right now, and things are starting to go a little bit further, like with the remakes of Boy Meets World and Full House. The crazy 90s color schemes are starting to come back too. Does that mean that people are going to start digging their blades out of their attics and taking them out? Even ironically?

Maybe. But during my research, I found a ton of blogs, articles and opinion pieces saying that THIS is the year that inline comes back… And those articles are dated every year between 2004 and now. So I guess we’ll see.

But what do you guys think? Is rollerblading going to make a comeback? Do you want it to? Or do you even care? Let me know in the comments.

9 thoughts on “The Death (and return?) of Aggressive Inline”