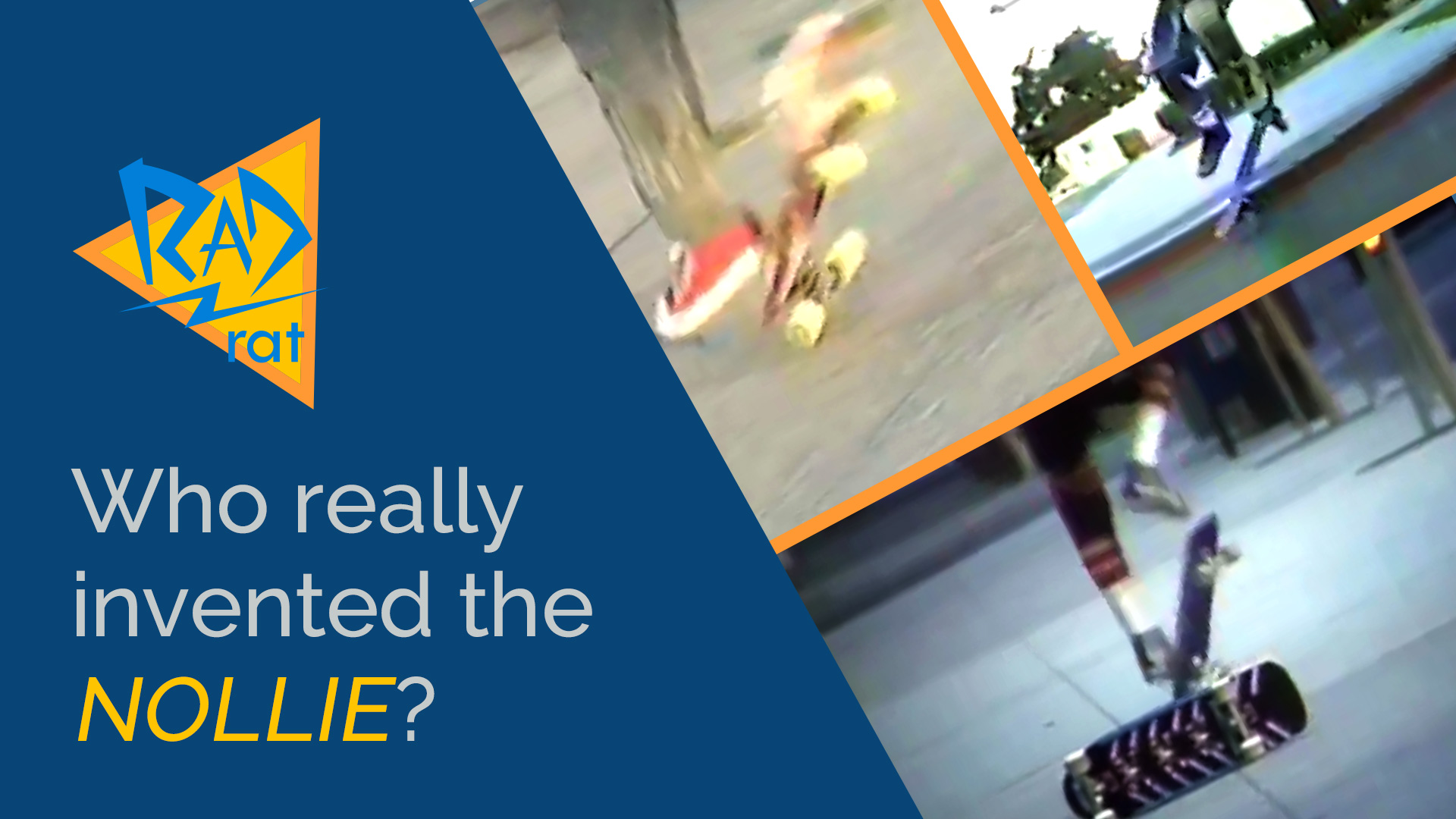 Nollies are one of the most fundamental tricks in skateboarding, but where did it come from? And how did it make its way into street? Let’s take a look.

Back when I was a kid, if you did research on who first landed the nollie, you would find a weird factoid that it was a guy named… Nollie. It was like a ‘you can’t make this stuff up’ kind of thing, but it’s totally false. It should surprise nobody that the nollie was invented by Rodney Mullen, but I’m not really sure when.

Mullen: “Probably the most crucial time, maybe in my life, was July in 79 to that August in 80. I think that was the most creative time for me when I came up with most stuff, like helipops and caspers and all these things. They happened in that year.”

But does that mean that he invented the nollie? There’s no footage of him doing a straight nollie. A helipop is just a freestyle 360 shove it with a 360 body follow.

BUT. Check this out. In Rodney Mullen’s trick tip for helipops in Thrasher from April 83, he says, “The best way to start practicing for this trick is by doing front foot or reverse foot ollies. After you get those wired start winding up.”

So he was doing front foot ollies, or… Nollies, and reverse foot, or Switch ollies too. That’s pretty cool. Nobody had even caught up with ollies and kickflips and he was already pushing it to the next level.

To be fair though, the Nollie isn’t the first trick done off the nose.

The original version of the shove it was done by putting your foot on the nose, twisting your ankle and pushing back with your back foot. I think it’s a stretch to call it a nollie though. What do you think? It doesn’t pop, it just kind of unweights the board so it can skitter across the ground.

Anyway it took years for Nollies to make it out of freestyle and into street, partly because street boards didn’t have noses. There was just enough room to do pivots and shove its, but actual Nollies didn’t come around for a few years. The only way to get air off the nose was a Chinese ollie, but that hardly counts.

Meanwhile in 88, Mullen was already doing nollie impossibles, and he did a helipop up a bench in 89. And a few street guys were trying to add a little pop to their 360 shove its. Slowly but surely, straight Nollies start to appear in Skate videos, even a nollie flip in 1990! That was unheard of at the time. Until Dan Gallagher came around in 91.

You might remember Gallagher as the inventor of the hardflip. In fact, he started with nollie hardflips, and also pushed the limits with nollie tre flips, nollie backside flips and some switch stuff too.

After that, it was off to the races! Nollie flips, nose slides, crooked grinds were all coming into style and boards were getting more and more symmetrical. Before you know it, Salman Agah and some other guys started doing a lot of switch… and we started the slow climb into the completely ambidextrous style of today.

Well that’s all for this time. Who’s got the best Nollies these days? I’ve got to go with P Rod because he basically lives in Nollie stance. And what other cool trick histories do you want to see me explore? Let me know in the comments.

1 thought on “Who Really Invented the Nollie?”