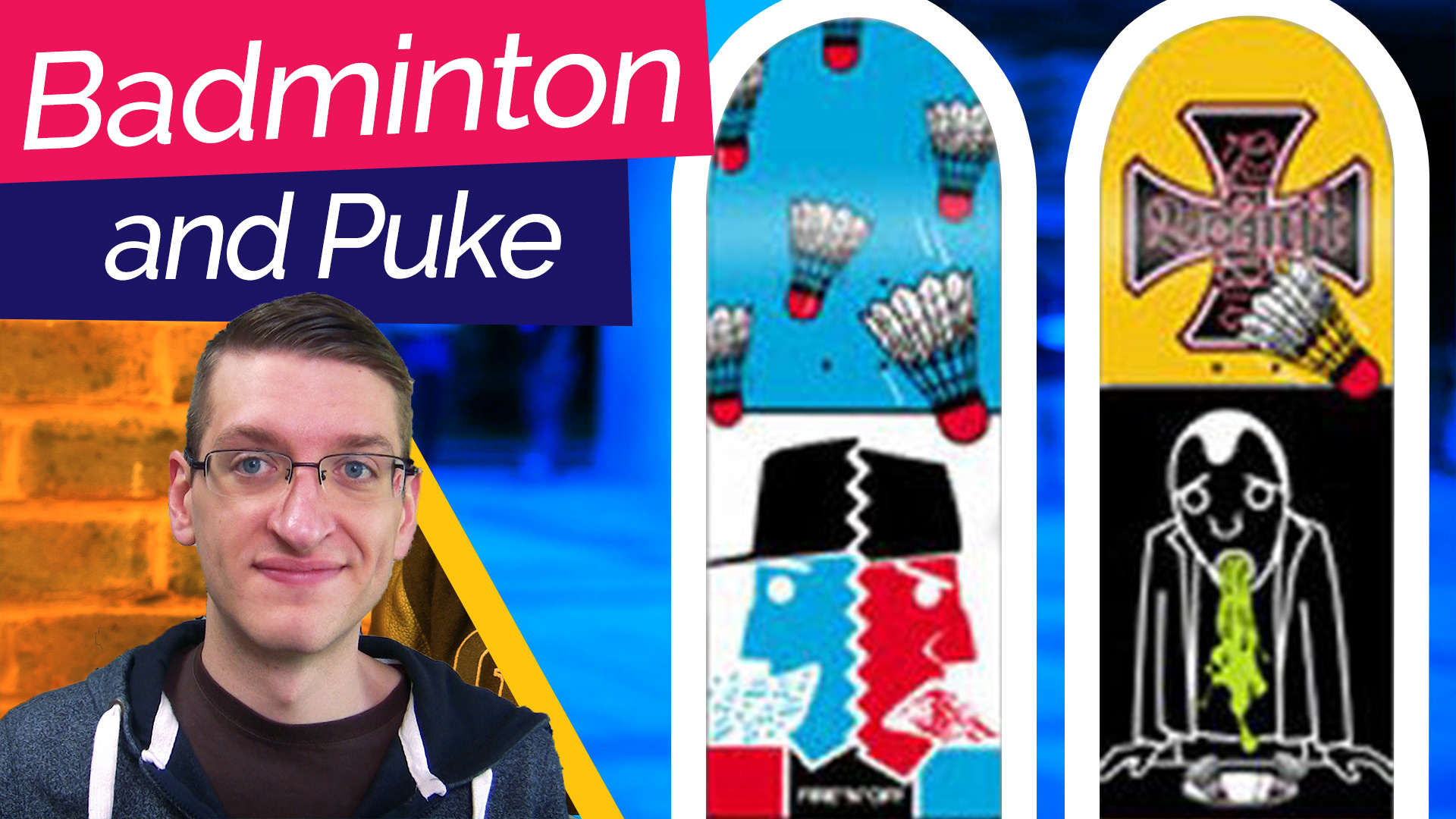 Seek was headed by Rob Dyrdek and Josh kalis in 2002. The reason was, heath kirchart and Steve berra had joined alien workshop, and the team was getting really big. There was worry that the pro team was so big that people would get lost in it. So splitting off made sense to keep things tight. You could have 3 pro videos, one from alien, one from habitat and one from seek, and they’d all be a decent length. The other huge benefit was that you could target different markets, so this brand is more artsy and upscale, this one is more street inspired, this one is more kid friendly. That kind of thing. But there are also a lot of downsides to having 3 different brands in the same company, which we’ll talk about more later. But it triples the work in a lot of ways. Trying to manage 3 brands, market them all to skaters and to shop owners, and trying to find your audience 3 times. They had different graphic styles for ads, for graphics and everything else.

Dyrdek “I consider it the dope section of the Alien Workshop sect. Me and Kalis are a little more extended than everyone else on the sect-a little more hip-hop influenced.”

Chris Carter – owner of DNA “It’s hard to pigeonhole Seek into one thing. They don’t want it to look like Alien Workshop or Habitat, but certainly their direction is being influenced by Alien Workshop-which is a good thing.”

Josh Kalis though, had a different story. He said, “Seek happened because we wanted to do a world company, where it was like riders on the team, but it wasn’t like, ‘He rides for the Euro team.’” In other words, it wasn’t the International division for Alien Workshop, it was a brand that was international on its own.

Even from the start, it was a little unclear exactly what they wanted to be. Dyrdek talked a lot about being hip hop influenced, but what does that mean? They made a lot of graphics with badminton paddles and puke. I think the graphics were really well done, and they had metallic graphics, like a shiny metallic rim around the graphic. But the art direction just never really had a clear purpose. And take a look at this ad. I used this to try to figure out who the team was.

Anyway, the name Seek. Where does it come from? There’s a confusing quote from Dyrdek about it, but what I gathered from what I read is that it’s kind of a play off of the whole alien theme, like seeking the truth, or seeking life on other planets or something like that. It’s kind of cool, but the name is kind of generic too.

So what about the team? You had Rob Dyrdek, Josh Kalis, Mike Taylor and Colin Mckay. But there are a few names you might not know.

Alex Carolino – He’s from Brazil. He had a really clean style. I’ll show you some footage of him. There’s not that much out there, but he had a view video parts.

Florentin marfaing – He’s French. He has some really sick footage out there, and Seek actually turned him pro, from what you can see in this ad.

Last is Greg Myers. He was a kid at the time, from California. He was on DC with Dyrdek, Kalis and McKay, and they brought him along when they started Seek.

They also picked up Bjorn Johnston along the way as a Am. He’s from New Zealand, but he joined not too long before they closed.

So they had a solid team, and they were starting to put out ads and stuff, but it wasn’t really taking off. Dyrdek said, “Seek is headed straight to the top. It’s taken a year to really define itself and become its own entity. Now it’s just a matter of when we put out our video. It’ll really add the true definition of being a top brand from DNA Distribution.” There are a lot of other quotes out there from him about how they aren’t a household name YET, but they’re going to take over soon, and kids just have to figure out who they are and they’ll realize how great Seek is. So what do you do to get your name out there more? You make a video. And that’s what Seek started to do.

In March 2004, on their website, they posted about a successful trip to Barcelona to film for their video “As Is”. Later, they went back and edited that post to say it didn’t have a name. But, of course, that video never came out. Out of nowhere, Seek was closed down in early 2005.

You’d think, maybe with the whole ‘family’ aspect of DNA, and the fact that they still had 2 other deck brands, that they would have taken care of their team. But that’s not really what happened.

Dyrdek, Kalis and Taylor all made it back to Alien, like you might think. Colin McKay hooked back up with Danny Way to relaunch Plan B around this time. There were rumors that they already did it before Seek died, but that doesn’t seem to be true. There was also a rumor that THAT rumor is what gave them the idea to do it in the first place.

But what about Florentin Marfaing? They turned him pro and then left him hanging. Apparently they tried to put him away on an international team too, but he ended up on Santa Cruz. It sucks how that worked out for him. He was pro for an International skateboard company based out of the US. And then suddenly they want to just flow him boards and maybe come see him when they’re on tour sometimes. He even said he was willing to move to the US for Santa Cruz, so I don’t think relocating was the issue.

So why did Seek die in the first place? They had that video coming out and were slowly starting to gain some market space.. What happened? Well, it’s really stupid. I never saw an official press release or anything, but you’d think it was just bad sales. Which might have been part of it, but this is what Kalis said,

“The story I got told was that there weren’t enough graphics people and they weren’t able to spend enough time on the company, so they just deaded it.”

Wow. Like I said in the beginning, trying to manage 3 separate brands is a lot of extra work – but come on. You couldn’t find one more graphic designer to work on ads for you? You’d rather kill off the company and just leave everyone hanging? That really sucked, and it took most people by surprise. But I noticed, while going through their site archives, that they used to update fairly often and then stopped around August 2004. It wasn’t until April 2005 that they were officially closed. So there might have been a few signs in retrospect.

Seek closing down had a big effect on DNA distribution. Apparently they liked to keep the company small and manageable. Having Seek was over-extending them a bit, and got them in debt to a point where they got bought by Burton in 2008. Dyrdek bought it from them in 2012, then it closed, and eventually came back and Dyrdek isn’t involved anymore. That might be a story for another time. But don’t expect to see Seek relaunched any time soon.