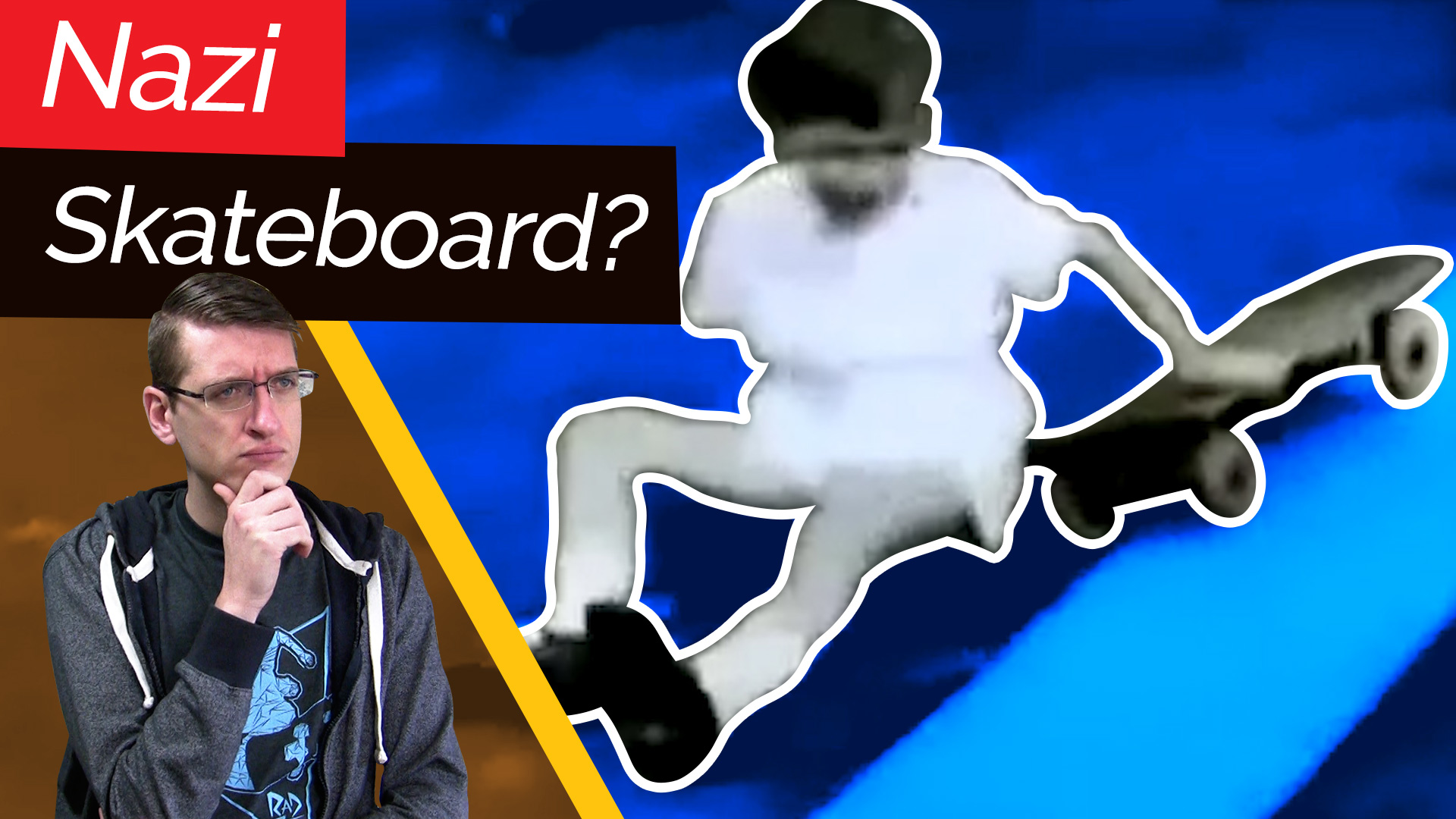 Hey Rad Rat! I remember watching your “How Old Is Skateboarding?” video last year and feeling super fascinated that you found out that story from Paris in 1944. However, I recently found an article on Red Bull’s site talking about a skateboard in 1943. The article says that the skateboard was found in Joseph Goebbels’ house, who was a German politician at the time, very close to Hitler. The article even has a video of the skateboard being used a little bit. You can check it out here: https://www.redbull.com/es-es/tabla-skate-nazi-1943

Unfortunately, I could only find the article in Spanish but I can help you translate if you need to.

So way back in Ask Rad Rat 56, I talked about the history of the first ever skateboards. And apparently I promised I was going to go more in depth with it in a full video later. Oops. But basically, here’s what the deal was. In 1962 and 63, the first commercial skateboards that we would recognize came out. There were trucks that turned, and you could ride them around like a modern skateboard. But homemade boards went back maybe another 10 years or so into the 50s. That’s what you find when you look it up at least. You can’t put a date to the first ever kid who did it over there in California, but you don’t need to because it’s not early enough.

Betty Magnuson, reported seeing French children in the Montmartre section of Paris riding on boards with roller skate wheels attached to them in late 1944. So that’s a bit earlier than most people thought. But it actually goes a little earlier. I said in that video to email me if you find something earlier, and Fernando did. He showed me some evidence that the skateboard might have been invented by Nazis.

Here’s an article on the Red Bull website. It’s only in Spanish, although I’ll link it below anyway. It’s actually claims that Joseph Goebbels, who wikipedia describes as:

a German Nazi politician and Reich Minister of Propaganda of Nazi Germany from 1933 to 1945. He was one of Adolf Hitler‘s closest and most devoted associates, and was known for his skills in public speaking and his deeply virulent antisemitism, which was evident in his publicly voiced views. He advocated progressively harsher discrimination, including the extermination of the Jews in the Holocaust.

He apparently pressured Hitler to do even worse stuff with the war, and even took his place as chancellor after he died. But he and his wife killed themselves and took all their kids with them by killing them with cyanide.

So how does this horrible waste of human flesh factor into skateboard history?

Well, his kids, who he killed, were shredders.

There’s some film from 1943, a year earlier than our other account in Paris, where his kids are riding a skateboard down a slide. Look at this thing. There’s really no doubt that this is a board with 4 wheels that you can ride on. And it’s skateboard sized. It’s not like a wagon or a sled or anything like that. It looks like a legit skateboard to me.

The article disagrees though, and says it’s probably a Flexy Racer, which looks like this. These were big in the 30s, and most people would say they don’t count as a skateboard, because there are no handlebars. On these, you had to lie down and steer the truck manually. The back axle was fixed and didn’t turn at all.

But this doesn’t look like that at all to me. These wheels look smaller, and actually skateboard sized. And there’s no hint of handlebars there.

That said, there’s no way to know whether those trucks turn. Does that matter? Maybe. You could always kickturn a board like that, so I would still call it functionally a skateboard.

So where did this thing come from? Who knows. Goebbels was rich and powerful. He could have had this made. Maybe his kids came up with the idea. Maybe this was a one of a kind legit skateboard with turning trucks. We can’t ask them, because he murdered them all.