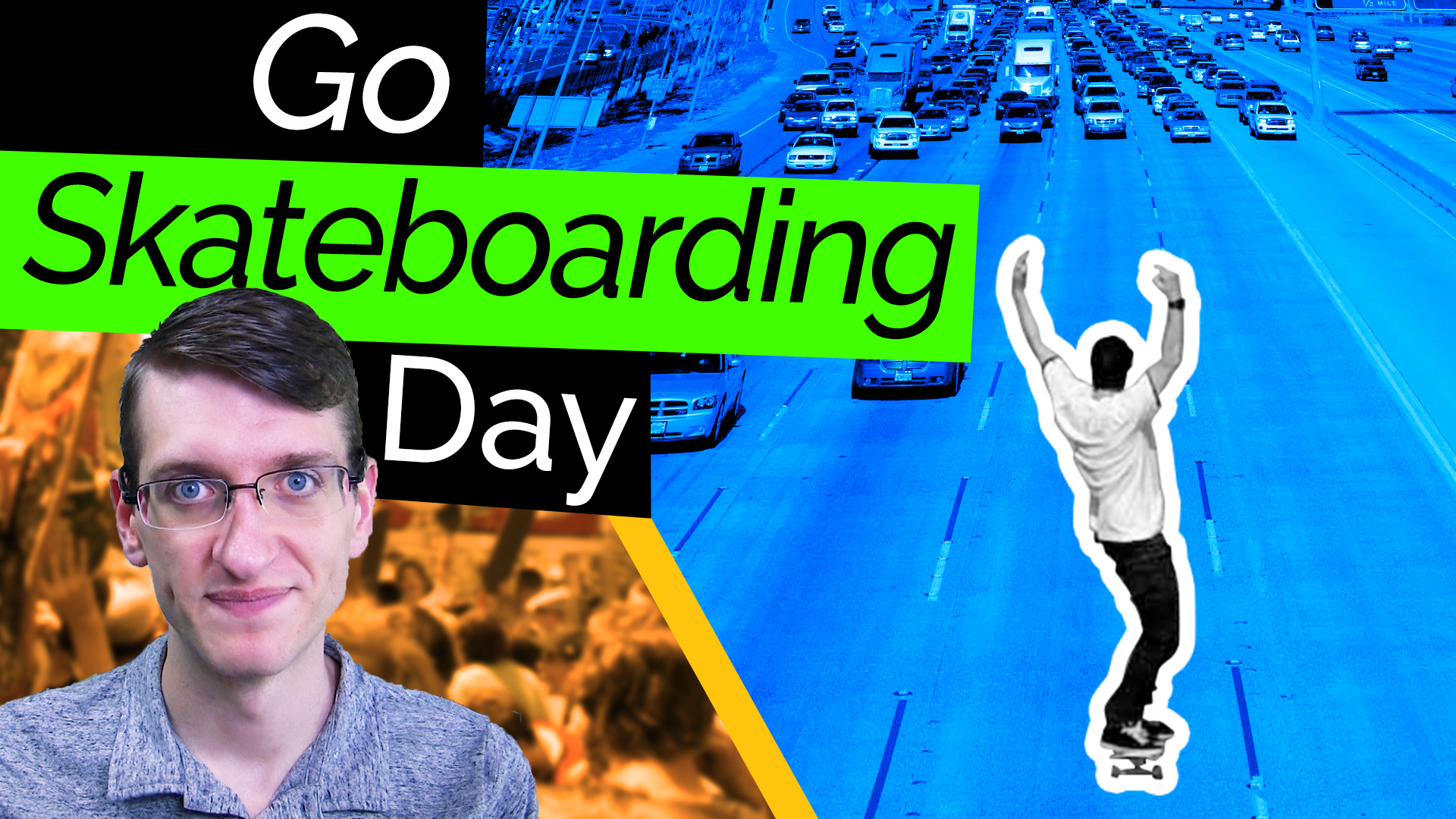 Go Skateboarding Day is 2 days away, and I thought it would be a great time to learn about the history of the event. I’m planning on actually going out and skating on go skateboarding day, so hopefully you’ll see something from me then too. I have an idea for it that I think is pretty interesting.

To learn about Go Skateboarding Day, I’ll have to introduce you to our main cast here. First is Don Brown. Don was a big freestyler back in the 80s, and actually won the world championship in 89. After that, he became involved with Etnies shoes, and is now senior vice president of Sole Tech, which is Emerica, Es, and Etnies.

The other thing we need to know about is IASC – which is the International Association of Skateboard Companies, which Don is the chairman of the board for. IASC is like a trade association for skateboard companies. They do stuff like trying to set up trade shows, figuring out how to get health insurance for pro teams, and all kinds of other things that promote skateboarding both in general, and also the skateboard industry in particular. And there are a lot of legitimate names involved in it – mostly people who run skate companies or magazines and that kind of thing.

So, as part of the push to promote skateboarding, Don had an idea. He noticed that a ton of other groups had a day – like donut day a couple weeks ago, and tons of other things that come up on your calendar. So why not skateboarding? He wanted an excuse to actually dedicate a day to skateboarding, rather than getting further and further into the industry side of skateboarding.

A lot of people criticize GSD and say that that you should just skate every day. Every day is go skateboarding day! But at some point in your life when you’re older and getting caught up in your job, sometimes you need that extra push to actually get out there on your board.

So he sent a fax out to all the brands associated with IASC. Gonna skate from costa mesa to newport pier and get beers. Got 30 people. Skated and came back, had fun. This wasn’t go skateboarding day yet, because it wasn’t on that day or anything, it was just a prototype, I guess you could say.

After that happened, and it went well, Don took that idea to IASC. The dream was to have skateboarders take to the streets all over the world and shut down roads and everything. This actually ended up happening.

So now we’re up to 2003 now. I’m not sure how long it was in planning, but 2003 was the first time they did Go Skateboarding Day on June 21st. They picked that day because it’s the longest day of the year – at least here in the northern hemisphere. It’s the shortest in the southern.

There was a really interesting story about the promotion for the day, and you’ve all seen what some of the posters look like. Don went around to the big skateboard magazines at the time, like Thrasher and Transworld, and they gave him a free one page ad to promote it. But he also went to Skateboarder magazine and talked about it there. Weirdly, the Surfer magazine guys actually stole the idea. They did International Surfing Day in 2004. They claim that it’s based off of an idea from an old Newsgroup in the 90s, but come on. They straight up ripped it off. They actually define theirs as the 3rd Saturday of June, so it’s not always the 21st.

Don said that surfers actually hated it, since it meant that there were way too many people in the waves that day. That’s a funny difference between skating and surfing. Unless everybody tries to storm the same skatepark, there’s plenty of room to skate all over the world.

But anyway, it grew every year, and Etnies started doing Wild in the Streets events on go skateboarding day. There was one in Philly, and there ended up being this huge group of thousands of skaters taking over the streets. No permits or anything like that. Don’s idea of shutting down the streets and taking over cities was starting to come true, but it didn’t really come true for real until he skated the 405 freeway in Costa Mesa.

This was a big deal. Don had been planning this out for a long time, trying to figure out how to plan it all out. He thought it would be like Tienaman square, with one man with a skateboard standing up against cars. He thought there would be no way they would actually run him over if they saw him. But instead of risking his life for the shot, he got a bunch of cars together to do a slowdown so he could take the shot. This is how it went down.

This is the spot he picked. 405 freeway, west bound, right before bear street. The photographer was here on the overpass. They got about 15 cars together, and set out on the freeway. One guy got pulled over, and they had to start over a couple times to get it to work. They also all had to run these red lights to get on together. If you aren’t familiar with these things – i never saw one before I moved to the denver area – they only let one car merge at a time. They had walkie talkies and they were all planning out how much to slow down and stuff.

This is what happened. This is actually Don Brown himself doing it, although he kept it secret for a long time so he didn’t get in trouble. He passed the overpass, then took off his hat and shirt to change his appearance and then ran away. He didn’t want to be in a car in case they got pulled over. They met up for beers, probably right here

So that was a really cool thing that Don did. That guy is pretty insane. Watch his interview on the Nine Club to see more out of him.

So anyway, the day has grown and grown, and in 2007, Congresswoman Loretta Sanchez (D- CA,Orange County) recognized June 21st as the official holiday of skateboarding. It’s just as official as executive assistant day, or any of those other ones you can think of.

Also, it’s getting more legitimate in cities across the world. The thing is, these events were happening with or without approval from the cities, and they could either try to ticket everyone, or just get on board. So it’s cool to see that skaters were all able to get together and just make this happen.